We're kicking off July with a list of requested improvements and fixes in preparation for a larger release coming soon. 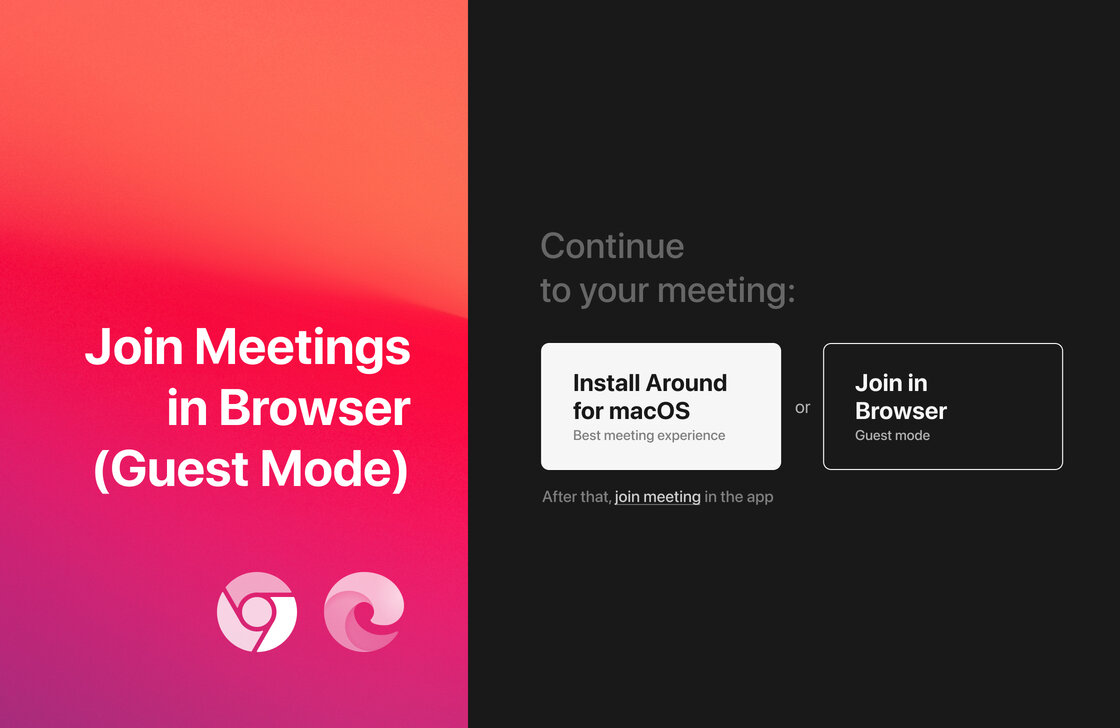 Here are some of the highlights:

Later this year, we’ll be adding more of your top requests, including the ability to draw directly on a screen share and vertical floating mode.

That's all for now! Ping us at support@around.co if you run into any issues or just want to say hallo. 😍