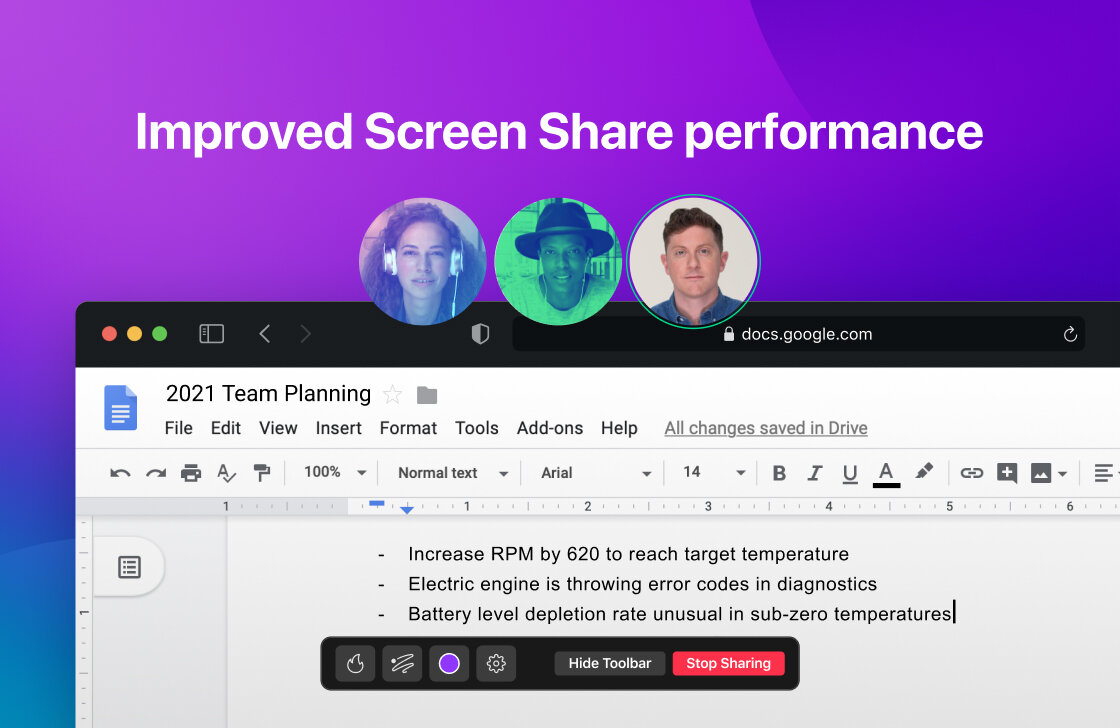 Here are some of the highlights:

As Around matures from beta to 1.0, we are now extremely focused on product quality, including battery usage, performance, CPU and memory usage, network stability and support for all popular devices and browsers.

In the short term, you can expect more improvements to Around's performance and quality. And for inquiring minds, never fear, recording is still on the roadmap and on its way!

That's all for now! Ping us at support@around.co if you run into any issues or just want to say こんにちは. 😍